A few hours after Brother Charles and Brother James pronounced their first vows on 15 March, strict confinement was announced in Cebu. Very few cases of COVID 19 had been diagnosed, but the epidemic was already significantly present in Manila. A large section of the population in the Philippines live on a daily wage, which meant that confinement very quickly became problematic for poor families who have no income or savings. With the help of the friends of the Community, the Brothers decided to try to help their closest neighbours in the barrios in Cebu. The friends of the Community responded very generously and we also received donations from the United States, allowing us to get to work in collaboration with the Apostolic Sisters. We went to the shops and brought back large sacs of vegetables and prepared packets of rice, sugar, lentils, etc., which we distributed to around 130 families for two months. Through this work the families were able to experience God’s Providence, who watches over the poorest of his children. With the encouragement of Sr Mila-Maria, many families are now starting to plant their own vegetable garden.

Foundation of an apostolic priory in Taboan

The Brothers of Saint John are building a new priory in Taboan, Cebu. The name Taboan means “meeting place” and is an area where people mostly come to go shopping – an important place for apostolic work!

Construction work was ready to start when the pandemic put the brakes on the project. Demolition of some of the surrounding walls had already begun in January. The Brothers hope the work can start up again soon, but activity in Cebu is only slowly starting to increase. The priory will be situated in a popular and reasonably populated area, not far from the universities and the old town. It is an accessible place and means we can envisage an apostolic life in conjunction with our life of fraternity and prayer. The current priory in Banawa Hills will remain the noviciate house.

The Brothers confide this project to your prayers and hope they will soon be able to show you work in progress.

Ethiopia: a new chapel is being built

Despite the pandemic, the Epifania project continues to develop in Addis Ababa. 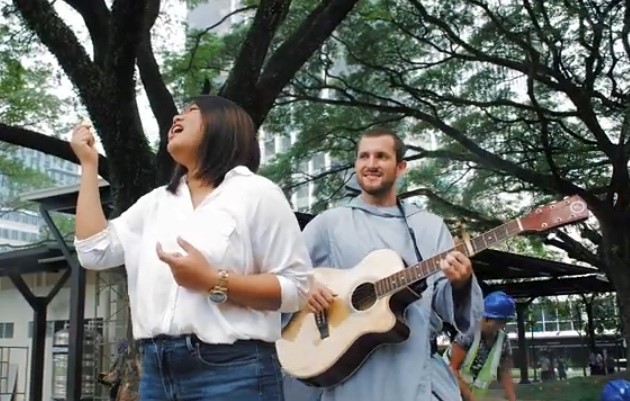